It’s time to buy a new smartphone and you are thinking about an option to switch from iPhone to Android or vice versa. You probably have many questions, and here in this Android vs iPhone post, we are going to give you some answers by comparing the essentials of both. This will help you decide should you switch from one option to another, or simply stick to what’s familiar to you.

The price is not the only thing that should be considered. There are many other things, including the OS, customization, apps, and more. Without further ado, let’s move to the comparison.

See also: How To Find The IMEI number on Android And iPhone

Many people compare Android and iOS, and there is no way to rule out which OS is better. Why? Because this is completely subjective. No matter how many facts someone gives you in favor of one of these, it won’t work if you don’t like it.

However, not everyone knows the differences between these two OS. The user interface on both, Android and iPhone have a nice-looking design, easy to navigate and understand.

You will notice one major difference. On iPhones, a specific version of iOS, let’s say iOS 10 looks the same on all iOS devices. It is all managed by Apple. So no matter if you have iPhone 4s or iPhone 7, iOS 10 will look the same and will have the same features.

When it comes to Android, a story is completely different. There interface doesn’t look or feel the same on all devices. Why? The greater number of devices don’t run stock Android. It is because there are many Android manufacturers out there, and most of them add their own interface in addition.

There are many variations in the user interface on Android, so when you compare two devices from two manufacturers, you will notice many differences. The settings menu on one device may have less or more options than the settings menu on another device even though they are both Android. So, every phone works a bit differently.

What about software updates? We know how important these are. Every update brings something new, starting from features and security improvements. In addition, they include bug fixes.

Apple introduces these frequently. Until iOS 11, you were able to get the latest version even if you own an older iPhone model. But things will be different in the feature. It is because Apple decided to drop support for 32-bit devices, so the list of iOS 11 compatible devices is a bit shorter. For example, iPhone 5 and iPhone 5c are no longer supported.

On the other hand, Nexus and Pixel phones are the ones that always get the latest software version. Not just that, these devices get it first and very quickly. If you don’t own one of these, you may never get the latest version, not even if you purchased your phone a year ago. It all depends on the carriers and phone manufacturers.

If you are looking for a highly customizable device, then you should get an Android. It has a huge leverage over iPhone in this department. You can change just about everything. Don’t like a live wallpaper? Change it. With a few taps, you can organize the quick settings the way you want. You can install a different home launcher, keyboard, just about everything, including custom ROMs.

If you get an iPhone, this won’t be possible. Apple is controlling all, so naturally, iPhones are not as flexible as Android phones. One of the reasons iPhone users are so excited about iOS 11 is because it brings the option to customize the control center. People love customization and flexibility and that’s something that iPhones miss.

If you want to have a device with the expandable storage option, you should pick Android. Expandable storage is available on the majority of devices. If you feel like you want some extra storage, all you need is to get a microSD card and you are good to go. 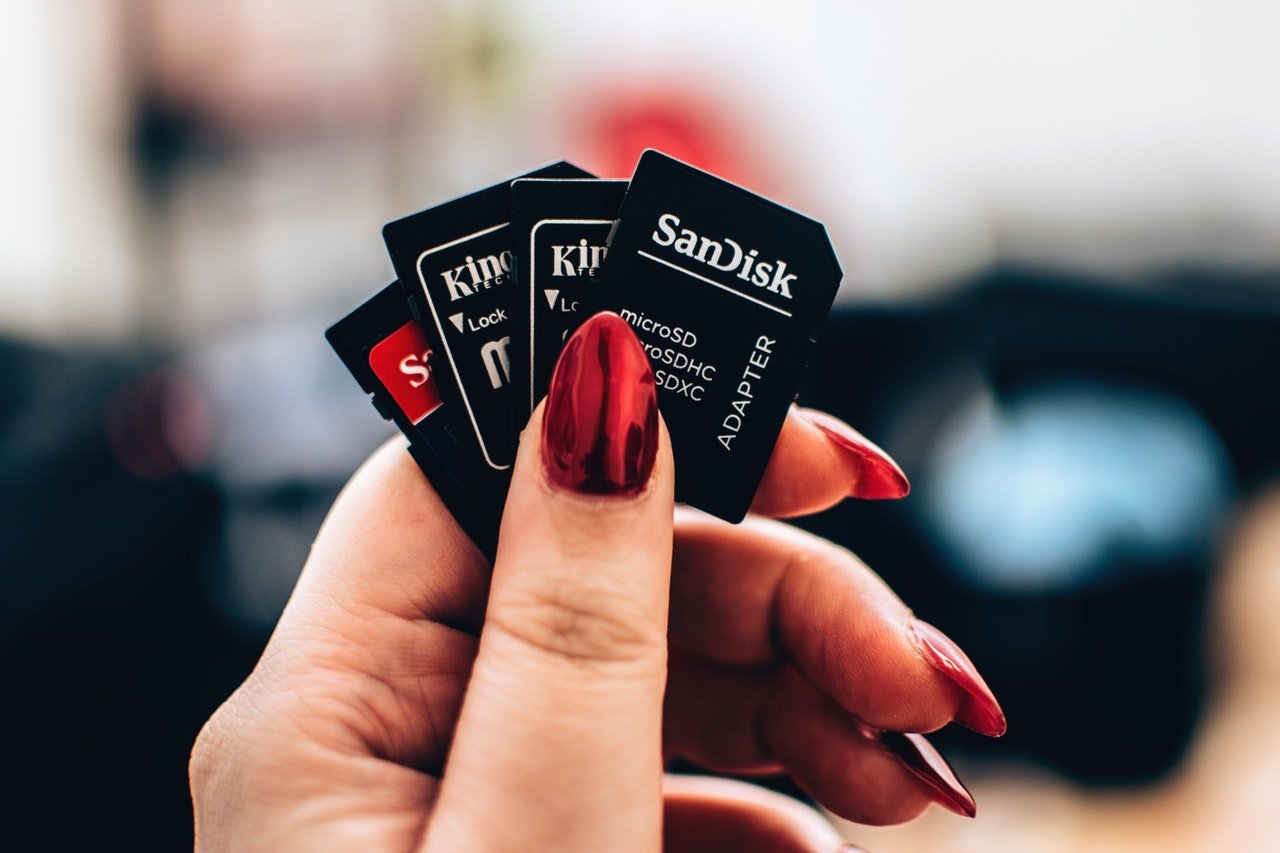 Many iPhone models come with a great amount of storage, let’s say 128 GB, but if you want this option, it will cost you more. If at some point, you want to add a little bit extra because what you have isn’t enough, there is no way to do it. You will have to stick with the amount of storage you picked when you purchased your phone.

For many people, this is a drawback. Nothing strange considering the fact the number of apps we install is constantly increasing. Plus, we create a lot of photos and videos, and we have plenty of files. Naturally, we need enough space to store it all.

A few years back, iPhone was the leader in the apps department. Many apps saw the light of the day in the Apple Store first. And Android users had to wait until the same app becomes available in the Google Play Store. This has changed, and you can find the same app in both app stores at the same time. There might be some exceptions, but there is no more waiting. 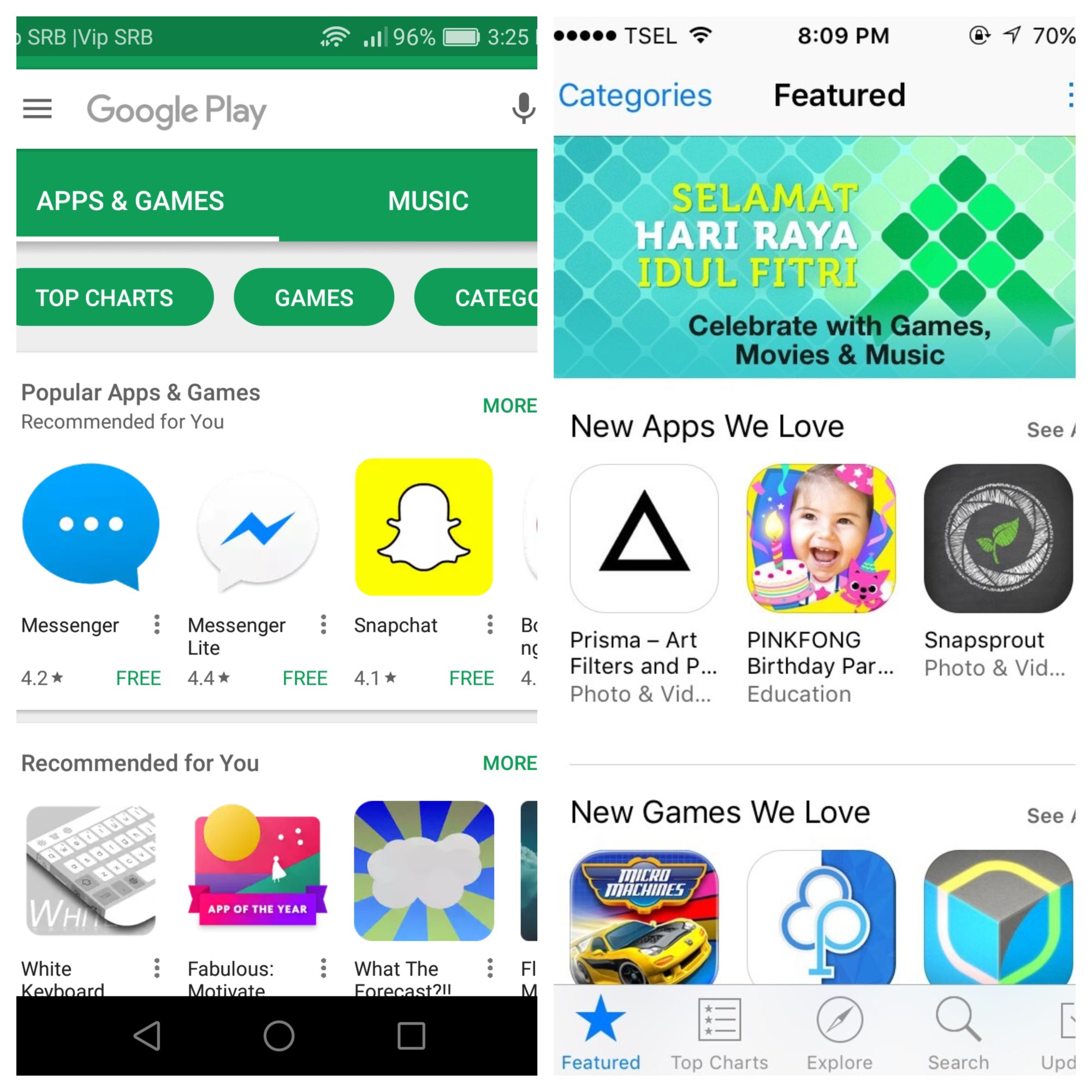 When it comes to a number of apps, don’t worry. No matter which phone you decide to buy, both stores are loaded with apps of all kinds, free and paid. All the most popular apps are available for both platforms, so don’t worry about that.

Voice assistants are a thing nowadays. iPhones have Siri, Android phones have Google Now. Siri can do a lot of things for you, like finding a good restaurant, send an email or a text message, and more.

With iOS 11, Siri will have a more natural voice, it will be even more helpful and in addition, it will be able to translate. There is also a new option, Type to Siri. This will allow users to type instead of talk when they want to ask something privately.

Android is not left behind. Google Now fulfilled the expectations as the pre-emptive and predictive voice assistant. You can let it gather the data, and if you do that you will get some great suggestions.

Another important thing you should consider is the security. You want to avoid malware and you certainly want to prevent hackers from accessing your private information and data.

With every software update, Apple brings security improvements and as we mentioned already, the company controls everything, including the default apps. Most importantly, all the data is encrypted and in order to access it, you need a passcode.

Androids are now more secure as well, but still, they are prone to malware and viruses. In order to avoid this, download the apps from Google Play Store only, and avoid other sources.

Android devices are also more prone to hacker attacks. So, if you are looking for a phone on which you are about to store important files, especially the ones for your work, an iPhone may be a better option.

Android vs iPhone: Choice of phones

If you opt for an iPhone, you won’t have such as huge choice. Buying an old model, such as iPhone 5 or iPhone 5c means you won’t be able to install iOS 11. There are iPhone 6, iPhone 6 Plus, iPhone 6s, iPhone 6s Plus, iPhone 7 and iPhone 7 Plus. In a few months, Apple will introduce a new model as well.

Android has a wide choice of phones, as there are many manufacturers out there. You can choose some of the new, powerful, but pricey ones, such as Samsung Galaxy S8 or S8 Plus, LG G6, or Huawei Mate 9. But, if you are looking for something cheaper, there are plenty of devices that are available under $100 and that work pretty well.

The design is something that we should not discuss. It is all completely subjective, and every single person defines beauty differently. For some, iPhones are a synonym for awesome design and stylishness, while others don’t think that way.

Android vs iPhone: The price 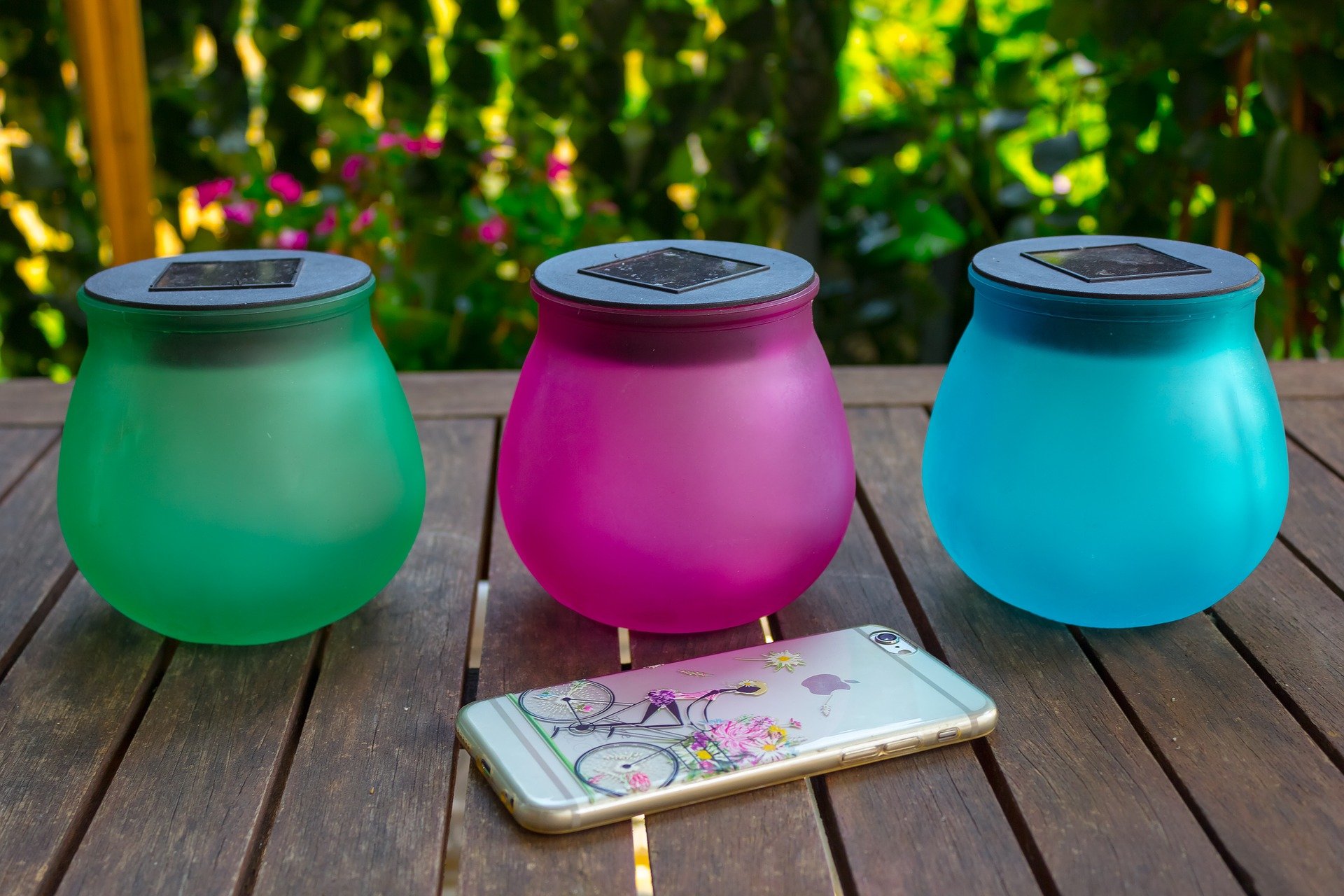 There are many high-end Android phones that are very expensive, like the ones we mentioned above. Of course, if you don’t want an unlocked phone, you can look up for carrier offers.

If you want an affordable phone, Android is the perfect choice for you. There are many mid-range phones with great features and design that are far from expensive. So, if you don’t want to spend too much money on a smartphone, consider one of many cheap Android phones.

We can’t tell you which one is better. But, we did a thing we can – we have listed the main differences between iPhone and Android. This may help you decide which one to buy. At the end of the day, it is all about your desires and personal preferences. We hope you now have the answer to the ultimate question Should I get an iPhone or Android? Happy shopping!