The first person shooter is one of the most popular styles in the platform of modern gaming. With compilations, some of which have turned out to be blockbusters across the globe, the players have a wide range of unique options to quench their gaming thirst. With each passing day, the games that emerge are more ambitious and present some path-breaking actions with ever-expanding moves. For the players, it seems to be a real-world comprising actionable adventure and you can tear apart the enemies and enjoy playing with your friends online. A huge stock of weapons combines with the skills and abilities in these games. No wonder, you have a long way to go with the FPS games. There is little to doubt that the memorable experiences of gaming come from the FPS genre and here is a list of the top and best FPS games you can play right now. You can play this game in PlayStation 4, Xbox One and the PC. This is perhaps one of the most influential shooting games and it is easy. If you talk about the USP’s of this game, you are sure to get overwhelmed with the main characters that are murderous, some big guns, and the monstrous design that is innovative. The ruthless precision is wrapped in a core that is rather flawless from the unleash hell to Wolfenstein’s Mick Gordon. Even if the multi-player level of the game is disappointing, you will still enjoy the paced battle as you take on to the levels of open plan, making the solo game brutally enjoyable. While in the other games, you try to survive, in this game, the monsters try to make you survive. 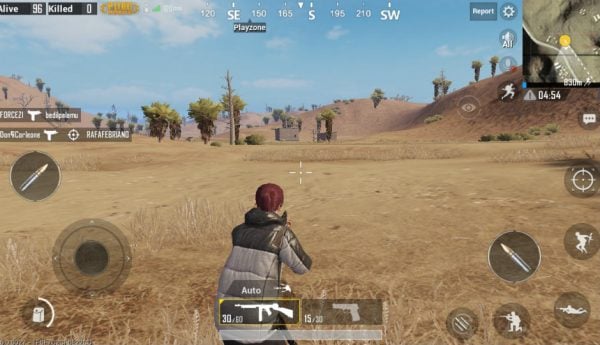 This game has been developed for iOS and Android. With this game, you get an alternate version for people trying to fix their battle stunts on the go. With a combination of virtual sticks and buttons, the players can create amazing shooting experiences. Along with the motion controls that are optional, you can fine-tune the shots to get your distant targets right while using the sniper rifle. The game supports team-based and duo matches with built-in voice chat that allow the players to coordinate with the team members before venturing into a new area. You do not have to play this game on your mobile device all the time and play it on your PC with a keyboard set up and mouse. This game can be played in Windows. The game from Digital mind-soft has some similarities with the Call of Duty series from Activision and settings that match Call of Duty 4: Modern Warfare, but it is different in several aspects. At the core, this is a military game with real-time strategies in environments that are indestructible. With mind-blowing controls you have to complete the mission, the game offers a plenty of things for the players interested in the free FPS gaming category. If you are ready to put on your boots and em-battle with the soldiers in the direct combat, you can move right ahead to destroy the environment to overpower the enemies. This game is just right for all platforms including PS4, Xbox One, PS3, PC and Xbox 360. Bulletstorm is an epitome when you take a look into the FPS genre and includes some of the most casual elements but turns them into special. With an experience of elegant design along with entire gameplay inventive elements, you will come across some brilliant fighting actions in this game. While the plot of the game is surprisingly compelling, you get the Skill shot system in this game which is smart enough to discourage casual shooting of the opponents in favor of such actions such as kicking them into the carnivorous plants and using the grenade bolas. If you are still regretting not buying it, you can get it now if you are an FPS enthusiast.

This game was released in 2012 and can be played in the PC. With a history of being competitive, just like Counter Strike, Global Offensive displays a similar tempo. Players belong to one of the two teams Counter-Terrorists or Terrorists and there is a plethora of objectives such as defending a hostage and planting bombs while they score over the other teams. Using the in-game currency, the players can purchase the weapons at the beginning of each round. The currency can be accrued by killing the opponents in the match or when you complete your goals. While the players can host their own servers with different game modes and the custom maps, there are dedicated servers as well. Players can also mess around with a host of options. The game balances, modes and the maps come for free from Valve. This FPS comes from Sledgehammer Games and it brings you back from the space and drops you at the Pacific Northwest to be on the ground to experience the Call of Duty. World War II makes the experience largely conventional as it takes you to the roots. However, you still get the staple features such as the weapon skins, the progression of the characters along with an assortment of game modes and maps. As one of the best-selling games that come out every year, the game sticks to the original formula and the solid gunplay experience from the days of Modern Warfare. With constant updates and the in-game events available for the players from the developers of this game, you can manage to keep the tempo of the game as nice and fresh as ever.

From its inception, this game has already launched two big events, with plenty of customization options, new weapons, and characters for the players to enjoy thoroughly. You have a large base of players; so, you can find the matches faster and play with your friends. The game has also created a social space for the players to pick the challenges and to hang out together with a firing range for testing new weapons and interaction with NPC’s. If you are looking forward to a traditional option in a futuristic setting, you can find everything in this game. You can play this game in the PC. 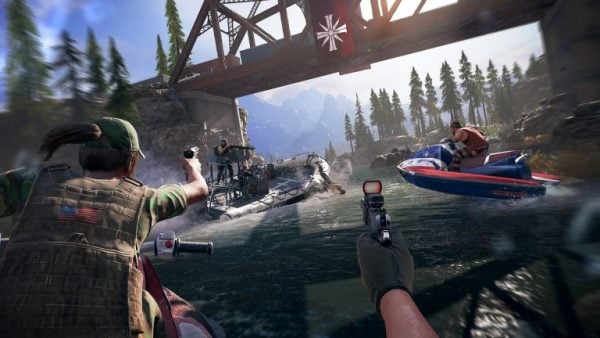 It is time to get past the Politics off-kilter and Far Cry 5 is a brilliant game that prepares you with retooling option for this series-altering the monotonous elements aside. No wonder you will come across prepper caches instead of the watchtowers. When you double down on the destruction with the team mechanic, it will allow you to recruit and prepare the best squad for achieving the goals. On the one hand, you are taken away surprisingly from the sandbox world to complete the story mission that drives you mad, on the other, the vibe you get at the end of the game may not be satisfactory. However, once you are done with the main game, you get an array of Arcade mode levels to make the game interesting and what’s more, you can throw shovels at the people as well. That sounds really redemptive and yes you can play this game in PS4, PC and Xbox One. You can rarely come across a situation that FPS moves on with double –whammy for creating a wondrous single-player experience along with the multi-player mode, but this game satisfyingly completes this option with style. It initiates with a short and sweet campaign that goes on from five perspectives with emergent moments in the online mode and so good they are that you feel it as perfectly scripted. However, the action moves to WW1 with the perfect atmosphere and battles in the muddy trenches to the palatial setting in the Ballroom Blitz map. The only downside of the game is that it leaves you wanting for more in the single-player experience and the bloody battle portrayed in this mode is somewhat undermined by the fun of the multi-player experience. The platforms of this game include PS4, Xbox One and PC.

9. Paladins : Champions of the Realm Hirez Studios has developed a game for those players who are not ready to give in some bucks even before they start playing. You can choose from tons of different characters that are spread across different categories such as “flank line”, “support”, and “damage” with each offering different kinds of playing experience that can help you step into the realm of victory. 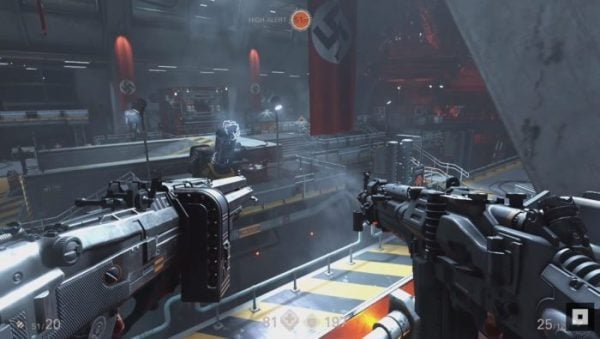 This game was released in October 2017 and an FPS that centers the win of the Nazis in World War II. As a sequel to the 2014 FPS Wolfenstein: The New Order, it follows the story of BJ Blazkowicz who is an army veteran on a mission to assault Death-shed’s Compound. When attacked and knocked down unconscious, this army veteran finds himself in a post-war world that is run by the Nazis. The team of Machine Games has created a world where the gunfights and over the top actions are encouraged at every step. With amazing actions and a gripping story in a world that is visually stimulating, this game is certainly at the top of the list of FPS for the players.

The collection of the best FPS games is sure to keep you engaged with the brilliant styles and features. If you are ready to play, you can pick your favorites from this collection. You can shoot the opponents, destroy the enemies and go with the flow of the games while enjoying every bit of them.