Apple has introduced the new MacBook Pro series in Apple event “Hello Again” on October 27. The event coincided exactly 25 years after the company released the Apple PowerBook 100 as the first Apple laptop, back in 1991.

Apple claims that they have created many innovations on their laptop series within one decade, including their new MacBook Pro. The new generation of MacBook Pro is not only has a better specification, but also the new features, which you cannot find on the previous series. We will discuss it further, including what’s new and what will you get from it. Is it worth upgrading to the new MacBook Pro?

Similarly to its previous generation, MacBook Pro is available in 2 display sizes: 13.3-inch and 15.4-inch. When it comes to design, it pretty much adopts the latest MacBook 12-inch. It’s 14% thinner and it comes with 20% less volume that the earlier gen. The 13.3-inch display size has more compact design than MacBook Air 13.3-inch with the same weight 1.37 kg – while the 15.4-inch has 1.87 kg. These weights are pretty light for MacBook Pro series. There are two color options for this device – silver and space gray – which represents a Pro laptop. Space gray is the color adopted by MacBook Pro first gen. The other enclosure that distinguishes the new MacBook Pro from its previous gen is the hinge on the display part. It’s made of aluminum, while its predecessor used the plastic material for that hinge. The Apple logo on the back of the display is not lit, as well as the new MacBook 12-inch.

Trackpad is one of the most important parts to interact with MacBook. You can find its size is 2 times wider than before so the hand can navigate more freely. The new MacBook Pro uses the same trackpad technology as the previous gen the force technology. It allows you to recognize different levels of pressure. Moreover, you can click on all trackpad areas. Besides, the force trackpad provides the precise cursor control, pressure-sensitive drawing, and Multi-Touch gestures. 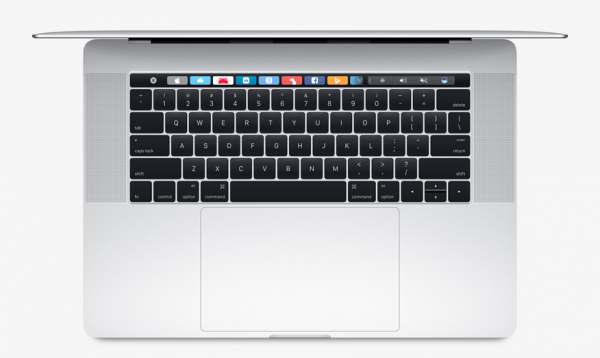 The mechanism butterfly keyboard technology was firstly included on New MacBook 12-inch. It is claimed this mechanism has a better accuracy and makes the keys thinner. The new MacBook Pro uses the 2nd gen of this technology, which is claimed to be better than the first gen.

This year, Apple truly eliminates the USB 3.0 and the other ports from the new MacBook Pro. They only provide a Thunderbolt 3 that is compatible with USB-C. You can use this port for charging, Displayport, Thunderbolt, and USB-C to transfer data. This is a MacBook that allows you to charge it from any Thunderbolt 3 port.

These hardware and software features make the new MacBook Pro different than the previous generation and other laptops. The Touch Bar is a new innovation from Apple created for better productivity and your interaction with Mac. It’s a multitouch display on the upper part of keyboard replacing the function key. 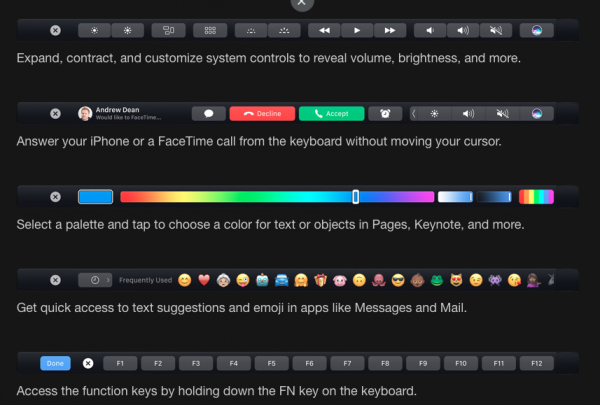 Touch Bar provides the access to system control, features of the apps, short cut, etc. Thanks to this feature, using an app will be more interesting and much better. For example, if you are using FaceTime app, the Touch Bar will provide the buttons you need, such as the decline button, Accept, and more.

The other thing is Touch ID like the one on iPhones and iPads. This fingerprint scanner is used to login and Apple Pay authentication when you shop online.

Is It Worth Upgrading To New MacBook Pro?

Regarding the internal specification, such as processor and GPU performances, of course, the new MacBook Pro is much better. Moreover, you can consider the 5 things we have discussed above. If you are interested in the Touch Bar and want the new things when using Mac, I can say that the new MacBook pro is the perfect upgrade.

See also: Reasons Why Apple Watch Series 2 Is Worth Buying