iPad became in 2010 to complement the mobile device segment between smartphone and laptop. It places a new category as a PC tablet with the same operating system as the iPhone: iOS. This operating system is optimized for touch interaction and all gestures to give us pleasant and efficient navigating.

iPad is more than just a tablet, it has a concept of a future PC. A device was prepared for a new era of computing, called “post-PC era”. The term was popularized by Steve Jobs and it refers to an era where we use the new ways in interacting with the computer, such as touching the screen instead of using the physical keyboard and mouse.

iPad Pro brings back the spirit of “Post-PC era”

After Apple launched the six generation of iPad, they finally released a new version: iPad Pro. It’s a premium and “serious” version of the iPad that represent the spirit of “post-PC era”. This spirit that tempts you to replace your computer with the iPad Pro. Is it possible? Can it be the a device we can rely on? As it was said by Tim Cook:

“Yes, the iPad Pro is a replacement for a notebook or a desktop for many, many people. They will start using it and conclude they no longer need to use anything else, other than their phones. And if you sketch, then it’s unbelievable..you don’t want to use a pad anymore.”

iPad Pro with A9X processor has a great geekbench equal to desktop or laptop. Its performance can even compete with Core M and i5, which makes it a device with the fastest ARM processor at this moment. It is possible for iPad Pro to run all the application that you are using on your computer. I think it is possible to replace your computer with iPad Pro. All you have to do is maximizing the iPad Pro.

How To Maximize Your iPad Pro

Forget the mouse, use your fingers

iPad and iOS are designed to give you new ways of interacting with the device by using your fingers and gestures, which is a lot different than using a mouse. Your fingers can manage several things, like to tap, swipe, pinch, multiple fingers tap, tap and hold, and more. By touching the display with your fingers, you can interact with the software directly, and it’s kind of a unique and better experience. Explore the new app, forget the traditional ones

Since you are using the iPad Pro, App Store is the only place for you to find the apps now. The apps for iPad Pro have a modern design and these apps are more efficient, although you might find some features are missing. By the time, the apps for iPad Pro will become equal to the desktop version. Try to get used to the new apps and enjoy it by using your fingers instead of a mouse. 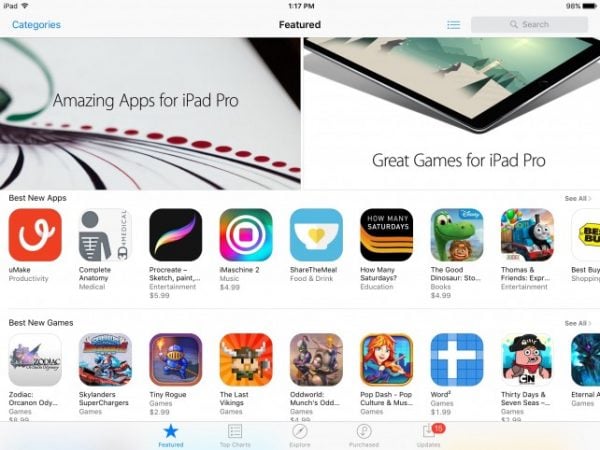 Get use to exchange files using new ways

Usually, we use the external storage that is connected to a USB port or similar, to exchange files. Unfortunately, you have to try changing this habit. You are now forced to send and receive files using Airdrop or third party apps. Moreover, iPad Pro adopts the wireless exchange file concept. This wireless technology uses the same Wi-Fi network, Internet connection, direct Wi-Fi or Bluetooth as a medium. Actually, it’s safer than the old way. At first, you might feel that this way is less effective because of your old habit, but once you get used to it, you will feel that it’s the fastest, safest, and simplest way to exchange files.

Sometimes, we use a laptop or PC for a presentation and it’s connected to a wide screen, like a projector or TV. Apple has made a standard wireless technology to connect the iPad Pro to a bigger screen, called Airplay. This technology allows iPad to connect to a big screen without cable and it’s more comfortable. To be able to do it, you need to find a projector, Apple TV or TV Box that supports the Airplay technology. Use the storage cloud service

iPad supports the wireless services, including cloud technology. If you used to buy HDD or the bigger Physical storage to store your files, try to switch it to the storage cloud service. The cloud allows you to manage your data, send and receive files. Besides, your data will be safe and can be accessed anywhere. iOS has been existing for almost 9 years and Apple has made the big changes, especially for iPad version. For instance, the multitasking feature on iPad allows it to display two applications simultaneously. This feature ensures you can chat or watch a video while opening the other application. If you want the iPad to replace your computer, try to master the latest iOS, so you can use all aspects of the iPad. By maximizing the features on iPad Pro, you can increase your productivity.

Use the virtual machine service 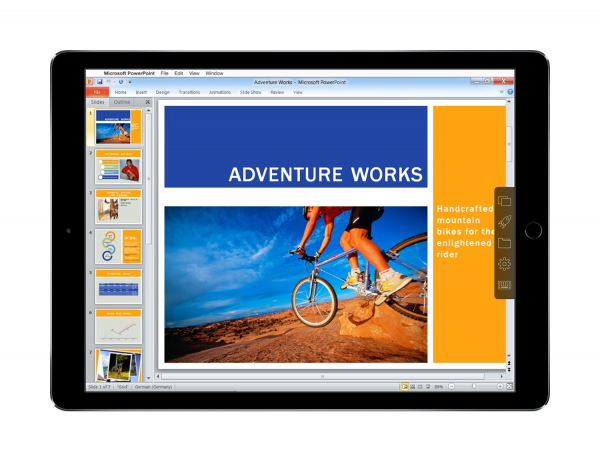 The accessories for iPad are many, besides the Apple Pencil and Smart Keyboard. Although those accessories are not a must have ones, both can help you to improve your productivity. Apple Pencil is meant to help you draw for instance, or sketch, writing, etc. On the other hand, Smart Keyboard can help you to type faster. Both are made by Apple so that the iPad Pro has the capabilities as a laptop or PC. 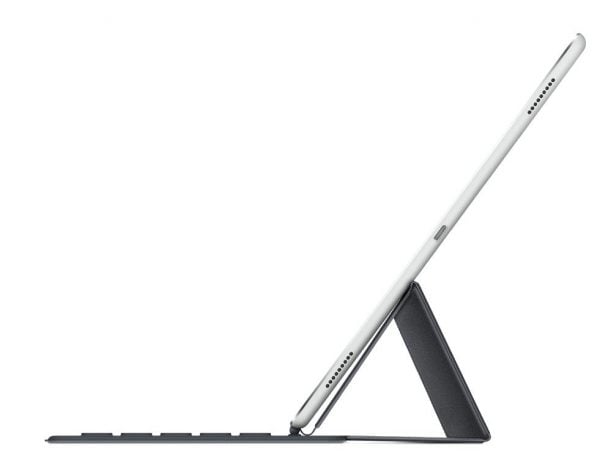 Well, those 8 things above can help you to prepare to replace your computer with iPad Pro. Are you ready for that?