Have an Xbox One? Then you’ve surely felt the need and wished that you could download your apps and games through your Windows Phone, and then start playing on your console without having to wait. Well guess what, your wish has been fulfilled, and Microsoft has become the Santa. Xbox One SmartGlass is the app through which this can be accomplished. And it has been a while since this app was released, there are still people who don’t know how to use it, or were completely unaware of it. 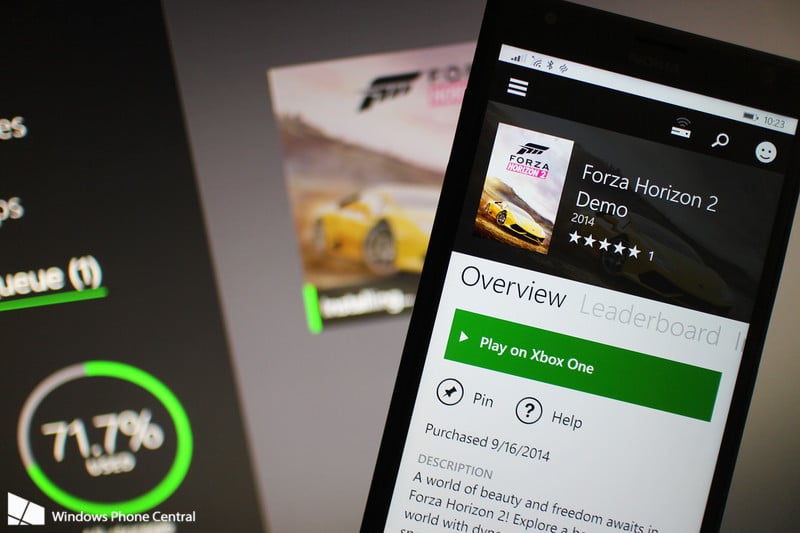 So without any further a do, here’s how it’s done:

Download Apps and Games To Your Xbox One Through Windows Phone

The first step is pretty obvious, which is to download and install the app. (Below are the links to download the app)

Next, make sure that you are near your console, because there will be some configuations that you’ll have to make. Don’t worry these are one-off configs.

Make sure that your xbox is set to update automatically. Here’s how to do it:

That’s the end of the configuration on your console. Now you are all set to download your apps and games directly to your xbox one through your Windows Phone without even being anywhere near it.

To test it, just sign in to your Xbox One SmartGlass through your Microsoft account or the Gamertag account.
Go on the searching spree for the best game in the Store.

You can either choose to purchase a game, or download a free one for this test.

Once you complete the transaction, the game will start to download automatically just like how it does when you do the same thing in your console.

Did I mention that the Xbox One SmartGlass is also available on Android and iOS?

You will find that there are two versions of this app. One is the beta version, and the other is the non-beta one. It completely depends on you which one you choose to download, because the basic things can be done on both of them. I personally love to live on the edge, and chose the beta version. But living on that edge also means that I will be first one to get those latest features. So if you too want to jump on this bandwagon, then you’re welcome.

Below are the links to download the Xbox One SmartGlass app.

Xbox One SmartGlass for Windows Phone

Xbox One SmartGlass for Windows 8.1

Xbox One SmartGlass Beta for Windows 8.1