Samsung’s first TV came out in 1970 by the Samsung Group, one of the world’s most recognized and successful companies. Thirty-eight years later, in 2008, the company was in its ninth quarter as the world’s leading TV producer.

With that kind of production line, it’s no wonder how they can keep up with their models. Nearly every household or business owns at least one Samsung TV, although when it comes to identifying the exact model, few users can do so. Some wouldn’t even know where to start.

There are a few ways to check the model of your non-smart and smart Samsung televisions.

See also: How to check the model of Chromebook

How to check the model of a Samsung TV?

The first and most straightforward way to find out the model of your Samsung TV is by studying the television set itself. The model code, as well as the serial number, is written on the right of the TV. If your television is an older model, the model code will be on the back of the television. 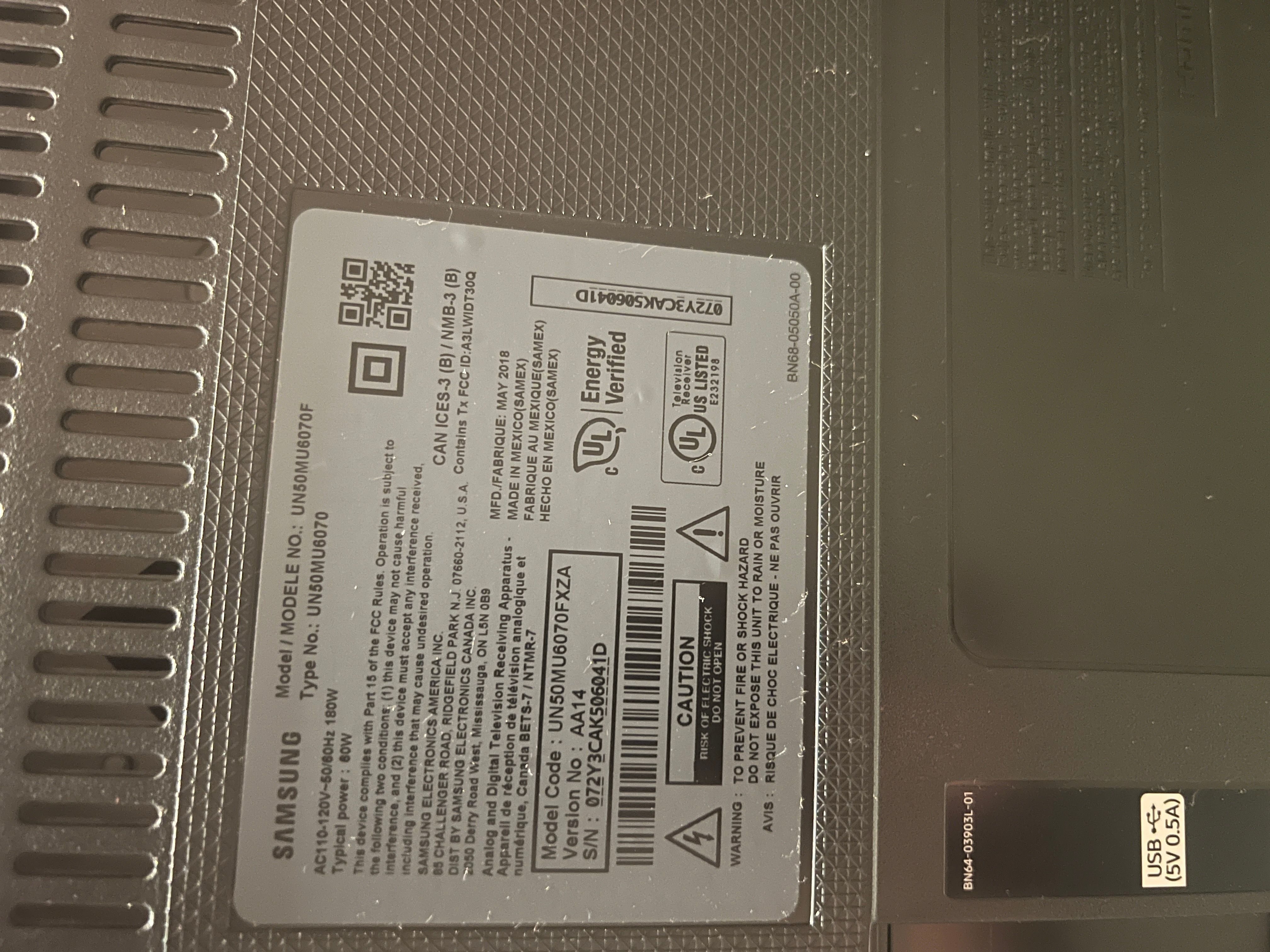 If you own a Smart TV (one that has internet connectivity), you can start by switching on the television set to get the model and serial number.

A model number is Samsung’s code that they allocate to each TV to help identify it. Using this code, you can identify when the TV was released, the year it came into the market, and which series it belongs to. When you look at your television’s code, these numbers and letters seem so random. But in actuality, each digit does mean something, and here’s the breakdown.

At the very least, you’ll get to know the history behind your TV set.

Let’s say you find your Samsung TV’s model code to be UN65RU7100FXZA. Here’s how you would go about learning its story.

The first two letters stand for the area where the TV was manufactured and NOT for the country in which it was put together.

The following two-digit number, in this case, 65, stands for the screen size in inches.

Next, we have the letter R, which shows the year the TV began selling.

The number 7 signifies the series to which the TV belongs.

After that, we have the letter U which illustrates the screen resolution of the TV:

FXZA on a Samsung television stand for the following:

F denotes the type of digital tuner depending on the type used in a particular country. F means a standard tuner, and it is used in the US, Canada, and Mexico; G is for Latin America, and U, K, and T stand for the DVB average in Europe.

Next, we come to the X, which stands for the design, and the ZA, which represents the region for which that particular TV was developed.

Between 2016 and 2019, how the model codes were designed changed year after year. The code used above applies to Samsung TVs manufactured between 2017 and 2020. Before then, the codes were different and didn’t reveal the same information. All in all, it is an interesting way of finding out all this information about your TV.