Google’s Nexus 5x is on sale from yesterday, and there are so many unboxing videos on the Internet. Nexus 5X is one of 2 Nexus variants from Google, with LG as its manufacturer. The other one is Nexus 6p, released by Huawei. Both are provided with fingerprint sensor on the back, which is typical for Android phones, while on the iPhone 6s, it’s situated on the front, and it’s integrated with the Home Button. Which one is better? Of course, it depends on the user, which one does he/she prefers. 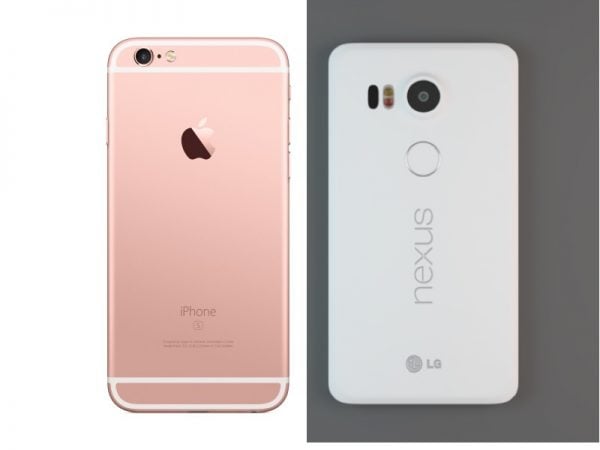 Today, we will see the fingerprint sensor speed battle between Nexus 5x and iPhone 6s. Nexus 5x  uses the latest fingerprint technology, while iPhone 6s is provided with the Touch ID version 2, which is claimed to be better than the previous version. However, up to now, there’s no benchmark that can be used as a reference to measure the speed level of a fingerprint. All we can do is to measure it in the real world test, like the one done by Supersaftv. He uploaded Nexus 5x vs iPhone 6s fingerprint sensor speed test video. If you’re curious about the result, you can watch the video.

The other news: Watch The New iPhone 6s Demo On The Table, This is great!