Every day, we hear that new technology innovations are coming. In terms of smartphone world for example, new vendors are competing to introduce the latest  camera lens, better processor, features improvement, and many more. Almost all kind of applications are available on our mobile device, from cooking app, fitness, travel related apps, etc. Will robots replace humans, and what about the jobs?

Through scienceworldreport.com, the World Economic Forum (WEF) estimated that robots will replace 5.1 million human jobs by 2020. They declared,

“We are in the midst of a ‘Fourth Industrial Revolution’ and will see robotics applied across a wide swath of industry, beyond manufacturing and automation.”

If you visit shopping malls in Silicon Valley, California, you will see the robot security guard that are used to detect suspicious behaviour and even listening for potential criminal activity.

Why should you worry about loosing your job?

According to study, robot is found more efficient for certain task such as, data collection, paperwork, and routine tasks. Using robots can cut costs in production, and they are more accurate, consistent, and faster than humans. 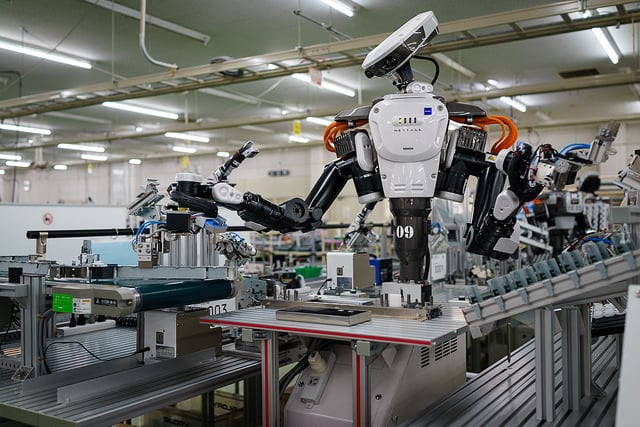 Two years ago, a McDonald restaurant in Arizona started using robots to run the store. The store manager said, these new robots working in harmony at a speed 50 times faster than the average McDonald’s employee, with no chance of error.

“These things are great! They get their work done in a fast and orderly manner, plus they don’t ask for cigarette breaks.”

Moreover, robot can replace humans in dangerous places with higher risk. They can go to certain places where are almost impossible for humans to go and get important information from it.

Many human jobs that require low skill are already taken by robots. For example, many houses might prefer to get a robot house cleaner.  In some professions, including the medical field, robots are found very useful and precise.

Whether you have noticed or not, robots are already replacing humans in some fields, and here are several examples.

Read also: You Can Now Customize AirPod Up To 58 Color Options