It doesn’t matter what is being produced by Microsoft, there are countless of fake and malicious things in this ecosystem that almost everyone have to learn to protect themselves. It is probably because of how famous things get when Microsoft releases something, or maybe it is the fact that half of the population of the world uses some or the other Microsoft product. Even the Windows Phone Store has not been able to get out of the this net of maliciousness.

Reporting Fake and Malicions Apps To The Windows Phone Store 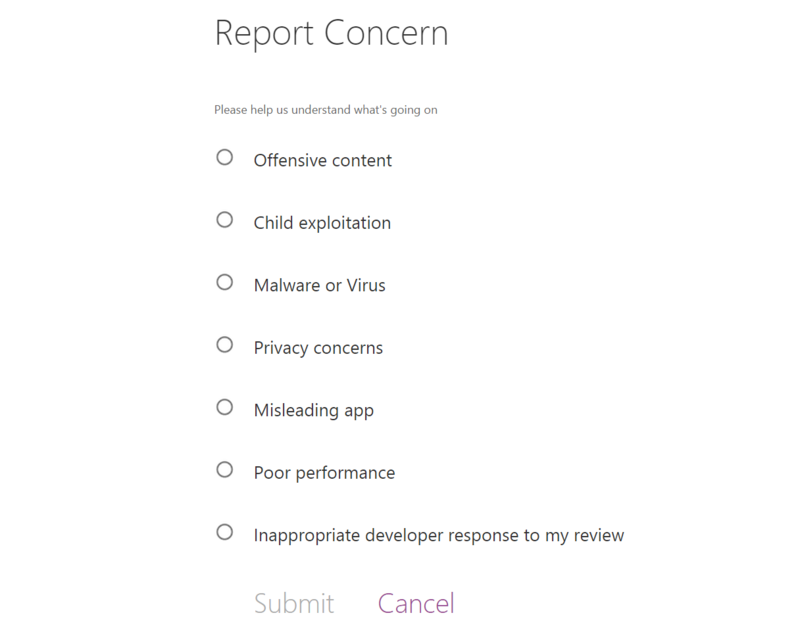 Once you are on the app page of your Windows Phone Store, which seems to be a fake or malicious app. Swipe left to go to the Details page of that app.

Scroll down, and you will see the option that says “Report Concern to Microsoft”.

Once you tap on that option, you will be presented with several options, such as Misleading App, Privacy Concerns, Poor Performance, Inappropriate Developer, etc. Here you will have to choose the appropriate option, which in this case, will be “Misleading App” option.

And then lastly, tap the Submit button.

Basically, the users have nothing to do, because most of the malicious and fake apps are already taken care off even before they are being published to the Windows Phone Store. But that doesn’t mean that you are completely protected, and that you should just ignore a fake or malicious app. As a community member, it is beneficial for everyone to report such apps if you come across one. And it doesn’t take much time, just a couple of seconds, and you’ve done a good deed for your Windows Phone community.

Do you report fake or malicious apps? If yes, then how often do you come across one, and do you always report them? If not, then why not?