Today, the Caption LAB uploaded a teardown video of Microsoft Lumia 950 XL on YouTube. This 15 16 minute video showed the part by part disassembly and assembly of Lumia 950 XL . From that video we can see that there are some interesting things about the device.

Lumia 950 XL was introduced on October 6, through a Microsoft Windows 10 Device event. Microsoft claimed their new flagships – Lumia 950 and 950 XL – use a liquid cooling system to cool off the Snapdragon 808 processor inside. These are the first smartphones using the cooling system, like a PC. It awakes our curiosity, whether the new Lumia is warm or cold? The other interesting thing about both devices are, the IR sensor to recognize the pupil (eye), which uses the Windows Hello to unlock the device. 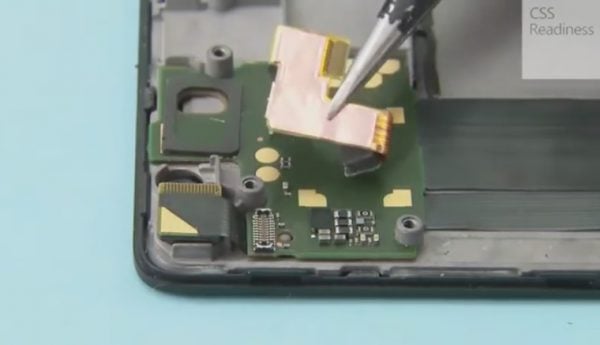 Take a look at these Lumia 950 XL teardown video, which will reveal the liquid cooling system and IR sensor for Windows Hello.

The other news: Consumer Report Said There Is No Chipgate On iPhone 6s