Many Samsung galaxy S4 users have been complaining about the Galaxy S4 screen issues and the most common of them are screen flickering, screen unresponsiveness and blank display. The reason could be anything, such as any third party app, software glitch or hardware issue. However, once you reach to the exact cause, troubleshooting becomes much easier. Here we will discuss all the possible ways to fix the Galaxy S4 screen issues after knowing the reasons. 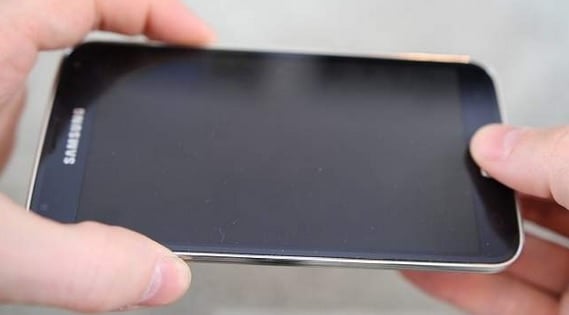 If the screen of your Samsung Galaxy S4 gets blank and you want to Samsung galaxy s4 screen repair done by any means, follow the ways one by one.

Charge up the phone:

Samsung galaxy S4 came with a Super AMOLED screen that requires a high amount of power to turn on, so the problem might occur due to low battery. Charge up the phone and try to turn it on. First perform this step and if the problem remains same as before, follow the other steps.

Now, disable all the third party apps and check if the blank screen issue is gone or not. If you still face the issue, then the problem is not connected with any third party apps. Move on to the next method.

When any third party app is not causing the issue, it should be a hardware or software issue. If the issue is related to software, a factory reset will fix it. But first, take a backup of all the data and files before going ahead with this process. To do so, hold the Power, Home and volume up buttons altogether until the android logo is displayed on the screen. Next, use the volume button for navigation and power button to select the options shown. Select ‘wipe data’ or ‘factory reset’ and confirm the process by pressing ‘yes’ when it is prompted ‘Delete All User Data’. The problem will definitely get fixed if it is connected with the software issue.

But, in case the problem is still there, then it must be a hardware issue which can be fixed by the technician. They can suggest if the Samsung galaxy s4 screen replacement is required.

Boot the phone in safe mode:

This is the first method to be performed to recognize the actual cause that is creating the issue. This process will let you know if the screen flickering is happening due to any third party apps or not. So, boot the phone in safe mode by following the above explained method. Now disable all the third party apps and check if the problem is solved or not. If not, then apps are not the culprit. Move on to the next steps. Perform factory reset if the above methods do not work. But do not forget to have a back up of all the important data. If the screen flickering was happening due to software issues, factory reset will fix the problem. But in case, the problem still exists, then it is must be a hardware issue and Samsung galaxy s4 replacement screen is the only solution for that.

Unresponsive screen of Samsung Galaxy S4 can be fixed by following few methods. These are explained below.

Sometimes, a simple reboot fix up many issues. So try doing it by pulling up the battery and re-insert it after waiting for a few seconds.

If the first process fails, perform this step. Now, disable all the third party apps and check if the problem is fixed.

If the issue is with the software, factory reset can help to get rid of the issue.

However, if you have tried all the solutions and still getting the same issue, Samsung galaxy s4 replacement screen is required as the final solution.