We have reasons to believe that Samsung Galaxy S6 and S6 Edge will be the smartphones of the year 2015. The South Koreans are not going to stop here, or at least it lets us to understand this from the rumors about the Samsung Galaxy S6 Active, currently in the inventory of AT&T operator.

It seems that in terms of hardware , the new terminal will be identical to Samsung Galaxy S6. It’s codenamed MS-G890A and is built around a Quad HD Super AMOLED Plus panel with a diagonal of 5.1 inches. It is built around the same Exnynos 7420 processor with 3GB RAM and 32GB storage space, according to Sammobile. 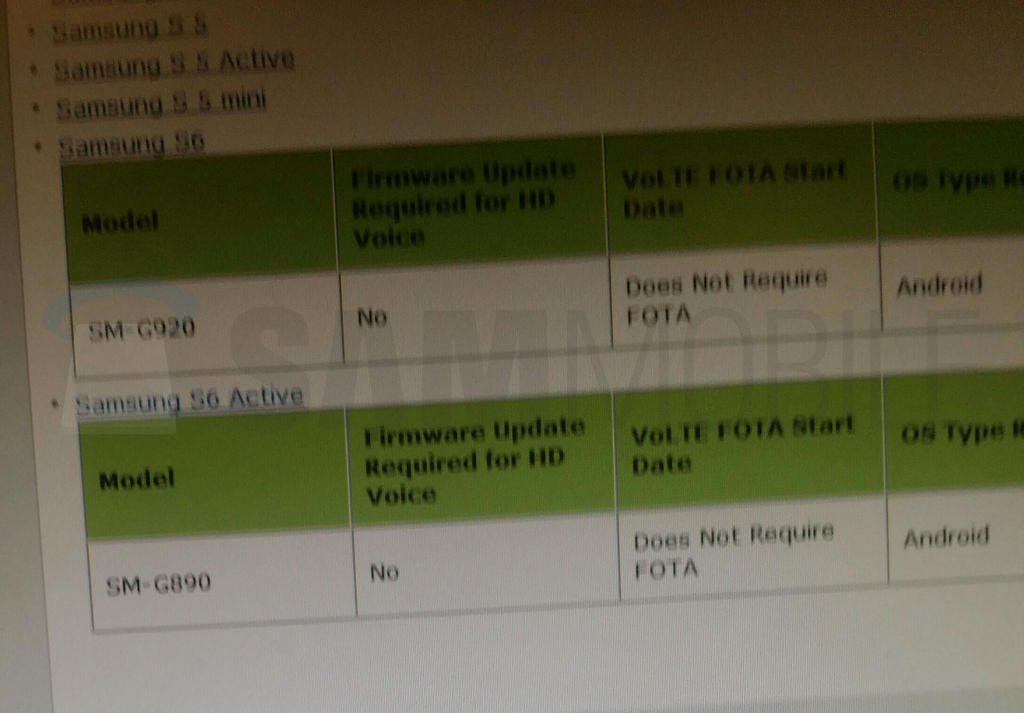 In addition to an increased battery performance, it appears that there will be other elements which Samsung Galaxy S6 Active will come with, among these being water and dust resistance and a microSD slot.