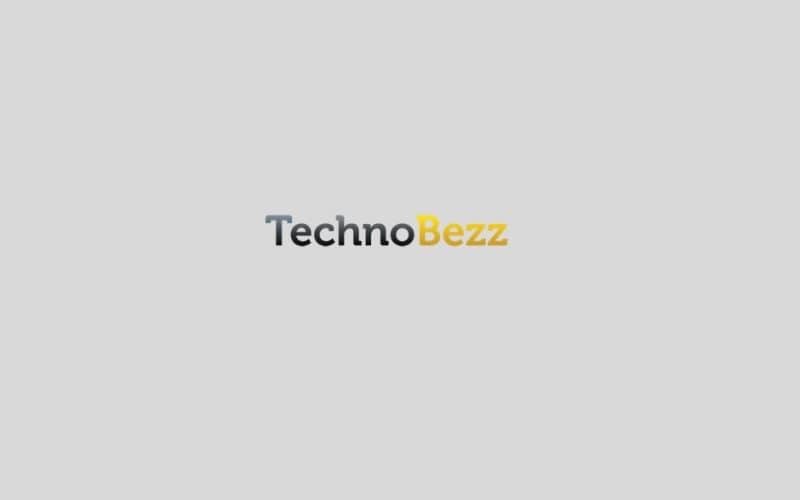 Years ago, Android started as a mobile operating system that changed the way we experienced mobile devices. Today, it has diversified with multiple purposes including streaming devices. An Android TV box is basically a set-top box that runs on the Android operating system. People use it for watching their favorite streaming channels, such as Netflix, Hulu, and others. Apart from such services you can also use the Android TV boxes, to play Android games and emulator-based ROMs.

There are two types of Android TV boxes. One runs the Android TV OS, which comes with an intuitive U.I and a remote or gamepad for controls. The other is a tablet version of Android which requires a mouse for optimum navigation. Though both run the same operating system, you can’t run every single Android App on the set-top version. You can side-load a lot of them, though, but you might not find the experience to be as smooth. Depending on your purpose, you can buy the right device and start using your favorite apps and services.

There are several things to consider when buying an Android TV box, namely 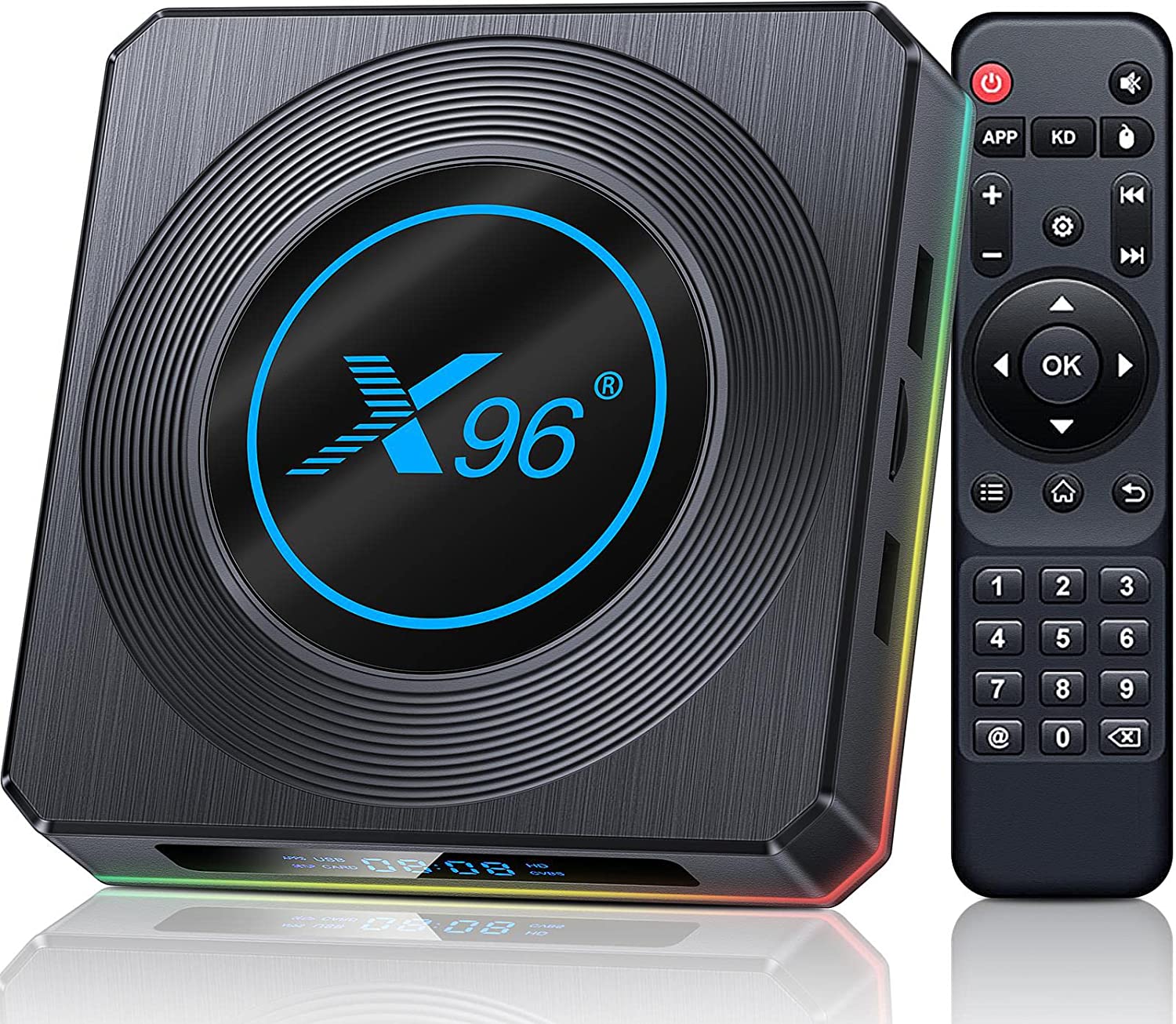 This Quad-Core 64-bit processor-based Android TV box has a powerful chipset and brings the wealth of Android 11.0 to the disposal of users. It supports Wi-Fi connectivity in two distinct bands (2.4GHz and 5GHz) in addition to HDMI connectivity. On the memory front, it offers 4GB RAM to help you run applications smoothly. A 32GB ROM also provides decent storage space to help you store your applications and important files. To meet the need for additional storage space, you can further expand it up to 128GB.

The product brings a welcome change for those who are used to streaming their favorite videos at H.265 or VP9 resolution. It provides video playback at 8K ultra HD. Along with it, the availability of the AV1 decoding feature means that you can look forward to detailed and sharp images while viewing your favorite videos. In addition, the product also comes with another useful feature. It lets you turn on or off LED lights. Furthermore, you can also adjust these lights at different levels. And, you can customize it according to your requirements. Equipped with H616 Chipset, this product by Sidiwen promises to meet the expectations of those users who seek a smart Android TV box for playing games and running applications.  Other than being an easy-to-use product, it supports Wi-Fi connectivity at 2.4GHZ and 5GHZ.  You can also connect the device with other compatible devices through HDMI connectivity and Bluetooth.

The device is compatible with almost all types of audio and video formats that are currently available. So, you can play all your favorite videos with the help of this device without worrying about their format. What makes the product a real deal is a fact that it supports Ultra HD 6K video playback. To prevent the freezing of applications, the product comes with 4GB RAM. In addition, it also has a 32GB ROM (which is expandable to up to 64GB) for storing various files and applications.

A Smart Android TV Box with Support for 3000+ Channels & Apps 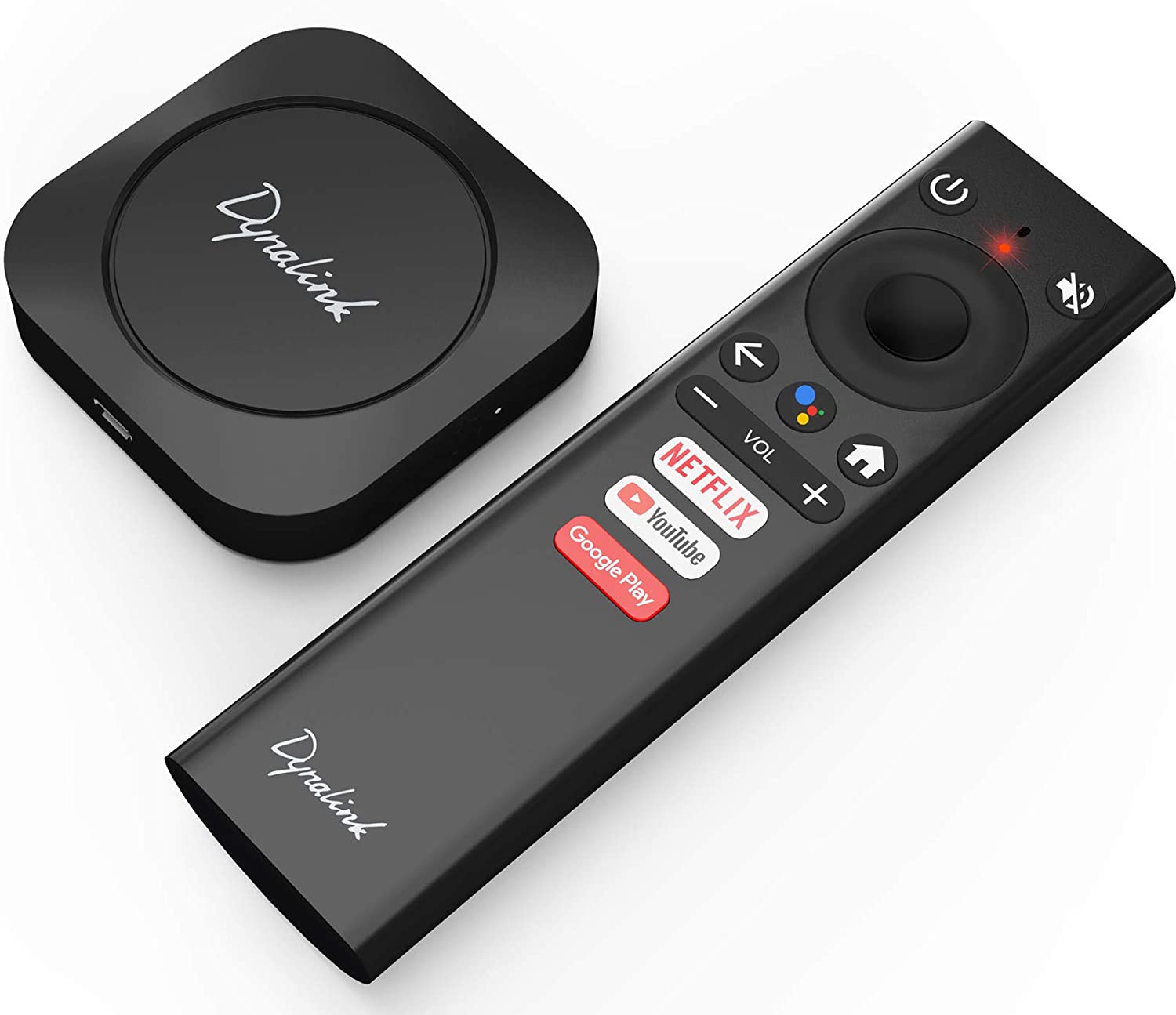 If you have been looking for a product to meet your business and home entertainment needs, this product is the ideal option for that. It supports more than 3000 applications and channels. For a better video-viewing experience, it not only offers voice control but also plays videos at a 4K Ultra HD resolution.

With the built-in Chromecast feature of the device, you can play music and movies at your will. Plus, it is simple to set up which means that you can get started with using the product without the need for going through long instructions in the manual. 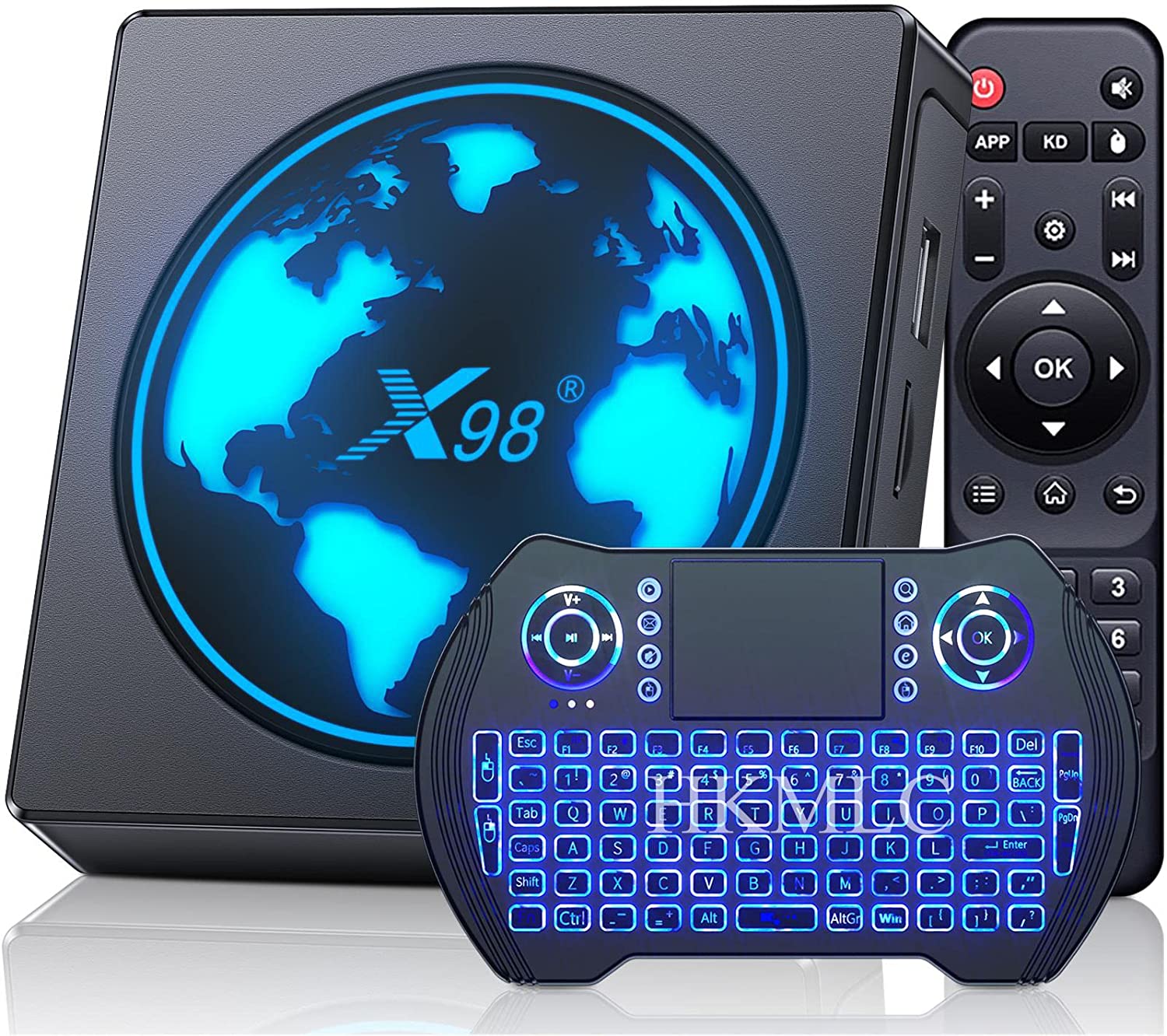 Another Android TV Box with support for two different Wi-Fi bands, this product comes with an improved quad-core processor and Android 11.0. Both these aspects lead to better compatibility with Android applications and power-packed performance. Whether you wish to run applications or play games, you can rely on this product on any given day.

Apart from Wi-Fi connectivity, the product is also compatible with Bluetooth. Alongside H.265 hardware decoding feature, it also has the capability of playing 4K videos at 1080p in 3D to give you an immersive experience when you watch videos. For more versatility, the product comes with a mini keyboard with LED and a remote controller.

Why Should You Buy This? 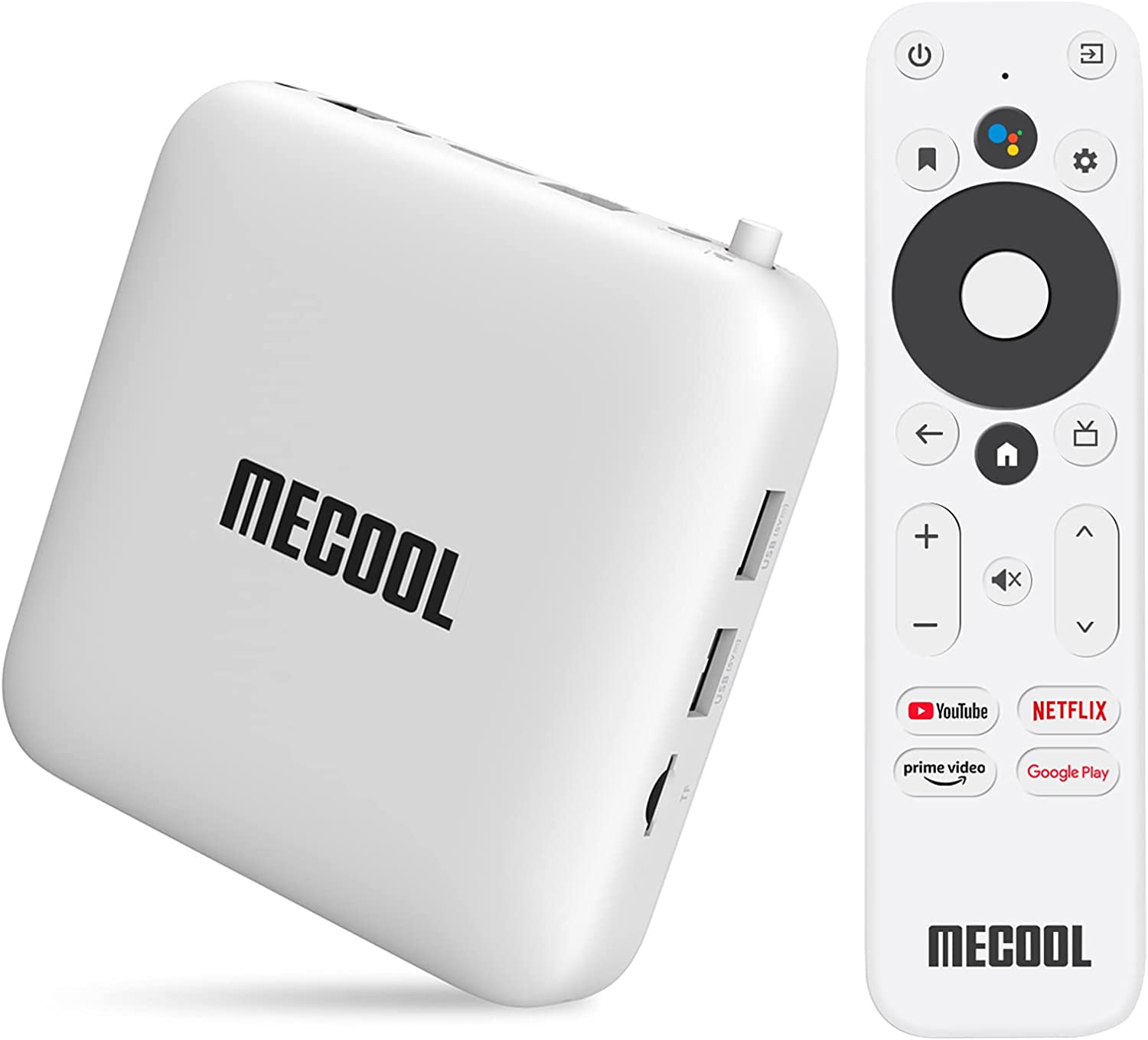 This product with multiple connectivity options comes at a reasonable price and brings the dual benefits of a quad-core processor and Android 10.0 OS. The processor of the product is designed to facilitate a smooth playback of videos and audio. Due to this feature, the product meets the expectations of almost all kinds of users who are fond of games and entertainment.

What makes the product the real deal is its dual certification by Google and Netflix. Its support for Google Assistant enables users to do more than just watch videos or play games. You can use Google Assistant to find out more about the weather and other details. Regarding watching videos, the product plays videos smoothly in 3D with Ultra HD 4K video playback.

Cheap Android TV Box with a Quality CPU and GPU 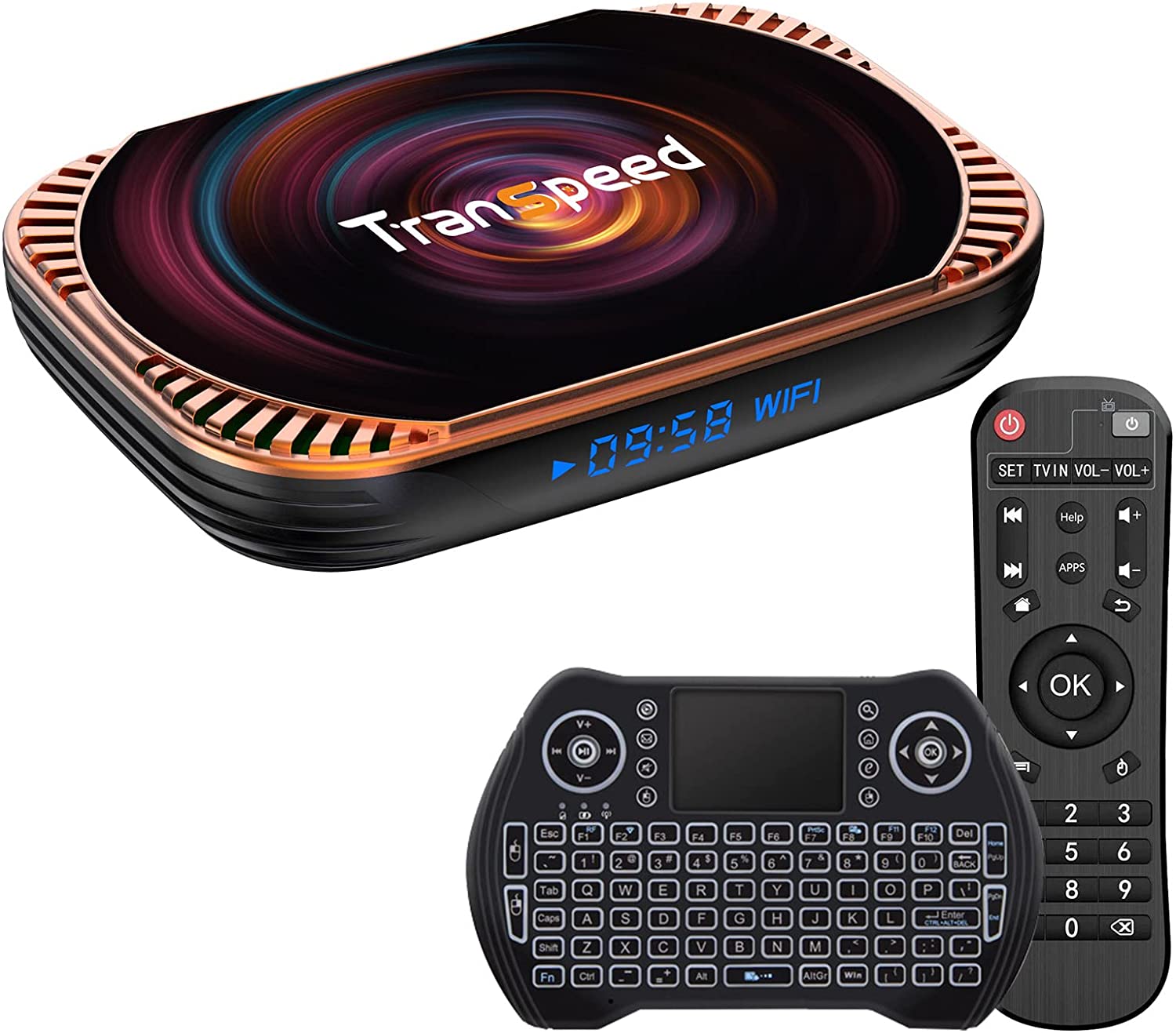 This product by Transpeed supports all kinds of connectivity options. These include USB 3.0, Ethernet, Dual Wi-Fi, and Bluetooth. The product has a high-quality CPU and GPU that guarantees powerful performance. It plays videos with 4K and 8K resolution along with the support for AV1. It lets you compress videos which further maximizes the smoothness of video performance.

The product is easy to use and comes with 4GB DDR3 RAM to let you run applications or play games without a lag. It also has 32 GB eMMC which can be further expanded to 64GB for storing user files.

Why Should You Buy This?

When buying an Android TV box, there are several things to consider, such as app compatibility, hardware, and purpose. Out of all these, app compatibility is very important to know. Most Android apps such as Netflix, Hulu, PlayStation Vue, etc. do function on both types of devices, but not all. Some Android TV boxes come with the popular media center Kodi, but it is always better to get one that has a clean install rather than a preloaded one with pirated add-ons.

Sideloading apps might be simple for some, but for others, it can get quite tricky. After you have installed them, you might run into navigation issues in some apps where it becomes a pain just to explore the interface. You certainly don’t want your favorite app to be the one that causes complications especially after you have paid a substantial amount for buying the device. Therefore, it’s very important to know which all apps work smoothly with the device you intend to buy.

Another important aspect to think about is software upgrades. You need to buy a device that is constantly getting upgrades, making the user experience better and better. You should always buy a device from a well-known company such as Nvidia or Xiamoi to get regular updates. Do the right research and you will be able to get the perfect Android TV box for your needs.