Not so long ago, my friend asked me why don’t I use Apple TV Plus to watch a movie on a MacBook instead of Netflix? This question is similar to why is an iPhone user listening to music on Spotify, not Apple Music. Well, at that time I wanted to watch a program that cannot be found on the other streaming services because it’s originally made by Netflix. That’s why. But, actually which one is better Apple TV or Netflix? Both are commercial-free and have their fabulous original programs. Apple TV Plus Or Netflix — Which One To Choose?

While Netflix offers 3 different plans starting at $8.89 per month for the very basic option, Apple TV Plus has only one flat plan. Its monthly price is cheaper than Netflix which is almost half of it i.e $4.99. Netflix has one more plan (it.s new) – it costs less than $5 (mobile plan). But, if we compare it further, you will see that Apple’s streaming service is still more pocket-friendly than its rival.

Netflix’s mobile plan will just allow you to watch on one smartphone or tablet at a time. The very basic option lets you watch on 1 screen at a time, but only at 480p resolution. If you expect to watch in a Full HD, you have to spend $12.99/month. To share your account with family members, you have to upgrade to the Premium tier, which costs $15.99. The plan allows you to watch the contents in Full HD or Ultra HD on 4 screens at a time. Meanwhile, you only need one Apple TV Plus account to watch up to 6 screens at one time in any device.

If you are not sure which streaming service should you spend your money on, make use of their free trial offer. When it comes to a free trial, Netflix lets you try their service for up to one month. However, the duration may vary for each country and it may not available in some regions. Apple assumes, 7 days is enough for users to explore their streaming service. Interestingly, if you buy a new Apple device, you will get a one-year free subscription to enjoy Apple TV Plus. 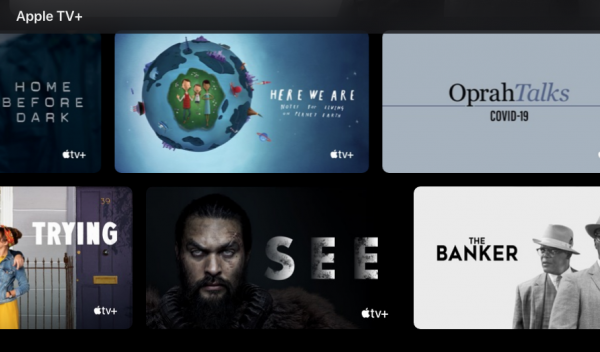 The main reason to subscribe to a streaming service is the content.  Of course, you don’t want to spend money on something you cannot enjoy. In this case, you could find movies or TV shows you like.

Speaking of content quantity, Apple TV Plus is far behind Netflix. For example, Netflix has more than 970 titles of their original movies and series. In comparison to its competitor, Apple TV Plus has only 60 titles so far.

However, if you wish to watch Holywood movies, Apple TV Plus has more interesting lists than its competitor. They have a bunch of newer Hollywood movies, such as Birds Of Prey, Bad Boys For Life, Frozen II, etc. Most of the movies offered by Netflix are much older and you may have watched most of them several times on TV. 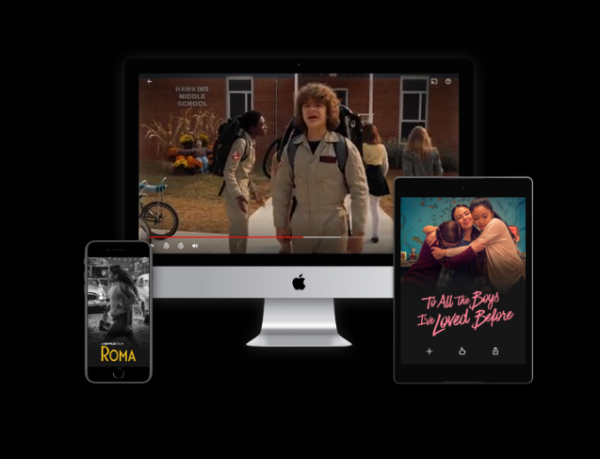 You can watch Netflix on a wide range of devices, from Smart TVs to smartphones. What about Apple TV Plus? You may think just because it belongs to Apple, you cannot watch it on non-Apple devices. If they did that, I don’t think they could compete with the other popular streaming service companies. That’s why they let you enjoy Apple TV Plus not only on Apple devices, but also smart TVs like Samsung smart TV, PC, Roku streaming devices, and more.

Both have quite similar user interfaces — easy-to-use and simple. On Netflix and Apple TV Plus, you select a program you want to watch, then choose Play or Download. But, certain movies on Apple TV Plus are not as simple as that. After you choose that movie, they offer you to rent or buy the movie. Means, you have to pay extra to be able to watch it. Some people may not be comfortable with that.

Apple TV Plus vs Netflix, which one should I get? Apple TV Plus is much more budget-friendly especially if you want to share your account with family members. However, if you only want to watch on your tablet in your spare time, Netflix’s mobile plan is also affordable. Regarding the contents, it depends on your taste. Each person has a different taste. If you are still uncertain, I suggest you to try both using their free trial program.