When the 4G mobile network appeared, it was a huge discovery that opened a lot of possibilities and improvement regarding the 3G network. With the 4G network, we are able to watch high definition television on our mobile network and having quality video calls established between devices. Turns out that 4G is faster than 3G for about five hundred times.

These days, there is another improvement knocking on our door, called the 5G mobile network. What is the difference between 4G and 5G? Well, we are going to say something about that in the following.

See also: Things to consider when buying a new TV 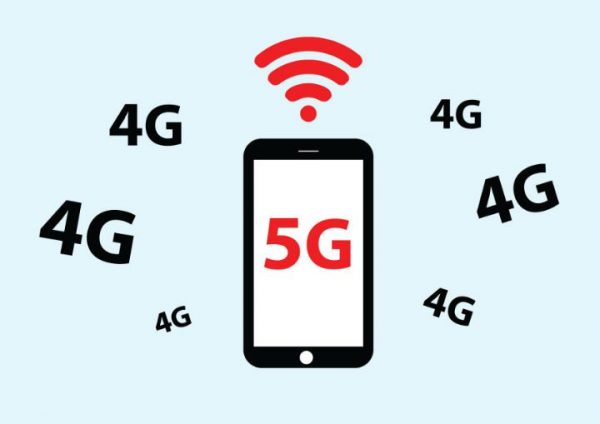 This is because the number of users is increasing as we speak. All of the users are expecting to have a fast and safe connection and the 4G mobile network will be soon unable to handle so many users. This is the main reason for 5G to start its era. The 4G has expanded its capacities, and the needs for faster internet are starting to demonstrate.

In basic, there are three main differences between 4G and 5G networks. We are talking here about speed, capacity, and latency. Each of these factors is important if you want to use all the benefits of your internet. To do so, these factors will be improved when 5G starts up and we start using it. So, let’s explain what is essential for each of those elements.

The speed is one of the most important factors that distinguish 4G and 5G networks. It is expected for the 5G network to be about 100 times faster than existing 4G. So, the 5G network is built on extremely high-frequency waves that are called the high-band spectrum. These frequencies can transmit more data in a faster way than 4G can.

The higher speed could allow us faster app downloads and movie streaming, and it could be possible to download the movie in just 10 seconds. Because the movie lasts approximately 120 minutes, this could be an extremely good network that everyone would be happy with.

Although all this sounds amazing, there is a bit of trouble with traveling high-band spectrum trough the hard surfaces such as walls. Therefore, to avoid this becoming a problem, there is some sort of cells that will be built into walls all over the city buildings, to make the connection stable when you are going from one place to another.

It is measured in milliseconds, and quite low with the 4G network. Now, when we talk about the 5G network, the tendency is to bring it to zero.

The better capacity means the same fast internet whether you are using it at the same place with a lot of others, like in a sports event or concert, or you are the only one user of the internet at the moment. So, when you think of the possibility that cars will be driving using the internet, the street lamps, and kitchen devices as well, then you probably think that you will not be able to get to the social media, make video calls or use it to any other purpose, thinking that there are too many devices connected.

Well, this is going to be overlooked with 5G, when it becomes the standard. It should be having more capacity than a 4G network and you can use your fast internet no matter how crowded the place you are at a particular moment.