There is some good news for enthusiasts and the future of the virtual reality games on notebooks. On September 22nd, Nvidia announced their pride graphic card on the desktop PC, Nvidia GTX 980, it will be available for notebook with the same specification. All this time, the high-end gaming notebooks use the Nvidia GTX 980 mobile version and has the lower specification from desktop version. Notebook with Nvidia GTX 980 graphic card will have the same specification with the graphic card that you can find on the desktop version, such as 7 Gbps memory, 4-8 phase power supplies, 2,048-core GPU, unlocked GPU’s and CPU’s for overclocking, fan control, and more.

Soon, you will see the remarkable game performance as well as you can get on the desktop. You can set the games like The Witcher III, Grand Theft Auto V, and the other hardcore games to the highest preset without any hassle.

If you are an enthusiast, you will be loving it so much, because you can do the true overclocking as well as in desktop version.

This is a competition zone for gaming notebook creators to compete in making the best cooling system for you. ASUS has created one and they have shown it at Lumia 950 and Lumia 950 XL Price List leaked. 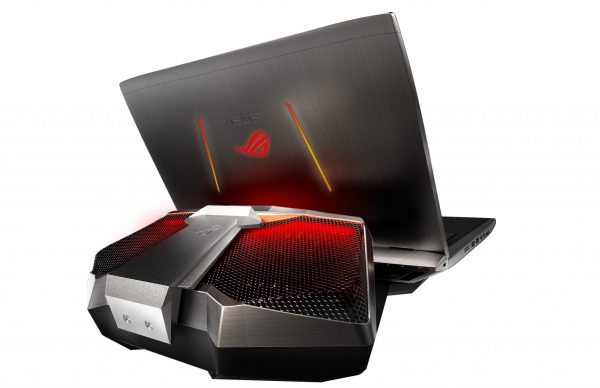 Nvidia GTX 980 with all latest technology will satisfy you in playing games. The CUDA, MFAA, PhysX technologies and more, including the latest support of the directX 12 on Windows 10. The interesting thing is, its compatibility with the virtual reality device. It can be the first notebook that support the virtual reality device, like Oculus Rift. Nvidia will have many partners in adopting GTX 980 for mobile, such as ASUS, MSI, and the other gaming laptop. I cannot hardly wait to see and try it.