Microsoft is opening its flagship store in Sydney on Thursday, November 12.

Microsoft has online stores in more than 180 countries. This is the first flagship store the company opens outside of North America where Microsoft has more than 110 physical stores in the US, Puerto Rico and Canada.

New products from Microsoft, its Surface Book and Microsoft Band wearable will be available at the launch. There will also be Surface Pro 4, and the customers that are planning to purchase one of the smartphones from Lumia series will be able to pre-order Lumia 950 and Lumia 950 XL, CNET reports. There will be many interesting products for the games as well. 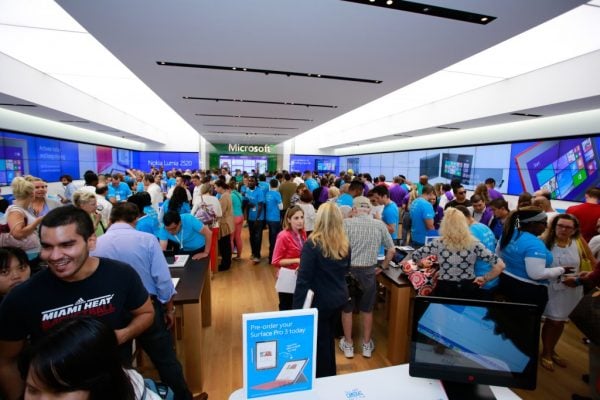 “We want this to be all of Microsoft under one roof, including our broader ecosystem of accessories and third-party devices,” said Pip Marlow, Microsoft Australia managing director.

The sore will come with Answer Desks that will help customers with new products set-up, troubleshooting and repair.

“Our doors are open to anyone who wants to come in with any device, no matter where they purchased it from or what manufacturer it is,” said Nick Wells, Sydney store manager.

If you live in Sydney, don’t miss the opening of the new Microsoft store.

You may also read: Netflix went down briefly, the glitch is fixed