Are you one of those people with the feeling that you are probably shelling out a bit too much for watching television? If the answer is yes, you are not the only one to experience the same feeling. Whether it is to escape the increasing prices or to enhance the viewing experience, people expect to watch TV with peace of mind and above all, they want to pay for what they get. Suddenly, the option of Terrarium TV comes down the line which is not only considered a tantalizing platform but the endless options of viewing everything you may want. Often, it may seem that such an option seems too good to be true and it is true indeed.

During a time when live and online television service is a raging option and you are not willing to shell out more money for the cable subscription or the satellite television services, you are likely to feel elated with the advertisement of free television such as Terrarium TV which is an Android-based television service that allows you get everything you want, right from quality viewing to the flexibility without paying a dime. However, certain questions can crop up in your mind regarding the legality or the safety of downloading this service on your Android device.

Although live streaming services such as Terrarium TV have become popular in recent times, not all the options may be the right ones. While shirking the option of satellite television, you will come across multiple options, not only when you are trying to protect your data, but also when you want to keep your ISP at bay. It may be one of the reasons that a lot of viewers of online streaming television services have started turning to Virtual Private Networks. When you stream online to watch Terrarium TV, it is common to use a lot of data. Moreover, it is common to stream the HD channels as well and it can get heavy on the load of the bandwidth. It is undeniably true that the use of VPN is one of the legal options for those looking forward to the live streaming services. If you are streaming legal content, you can still avoid the options of unfair content to avoid the throttling speed of the ISP.

The popularity of Popcorn Time was raging a few years back and powered by BitTorrent, it allowed the users to watch television service at the lowest rate or for nothing at all. Since the entire on-demand content was pirated, it came to the notice of the ISP’s soon and it was not long before the service was withdrawn. When Terrarium TV entered into the scenario, it seemed similar to Popcorn Time as the content was sourced through the internet with the help of a friendly user interface, and the service was only available for the devices that were powered by Android. The operation of this live television service was primarily behind the scenes, the package of this service seemed to be nice, and it appeared that this service may not last longer just like its previous counterpart.

The existence of this live television service

When you hear all this about Terrarium TV, it might just come to your mind whether the service still exists today or is it gone? While the initial instruction was to go to the official website and download Terrarium TV, the website went off suddenly followed by the disappearance of this television service on GitHub. No reason was cited for the disappearance and it seemed that the creator of the project may have decided to give it up suddenly. From the beginning, Terrarium TV remained in troubled waters, although the viewers were keen to watch it even when the developer of the project decided to call it a day. However, the services finally came to an end with an official message from the developer of the app Nitro-xenon. It simply stated that the services were shutting down from the end of September and the app would close on its own. The developer went on to say that there were no plans to open source the app so that no other developer can start it all over again. For the users of this television service, this official message was bad news indeed but there might be more coming in for them.

Taking a close look at the legality

Even though the services of Terrarium TV have closed officially, it still continues to entertain the users to a certain extent. Truly speaking, the content viewed through this service was not pirated but it simply collected several links to the videos that are presently available on the internet. Although it is not illegal, technically, your ISP may not favor this option and this is one of the most probable reasons to not to get information about anything related to Terrarium TV. This television service excavated the links to those videos from the internet and those that host on the legal video services. As you decide what you want to watch, the app collected all those links to start a streaming service. 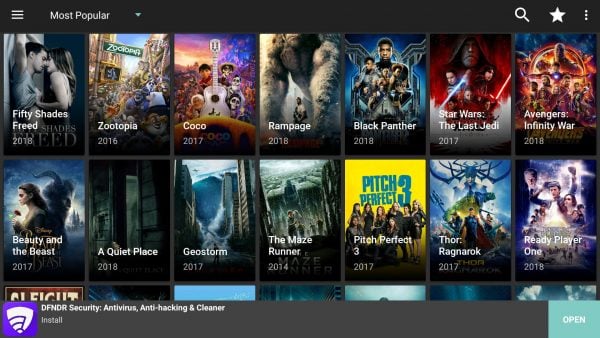 The problem was that the developers of this television service did not bother to check the legality of the sources which implies that you might watch something that may have been hosted on the website of another TV network or something that got uploaded to a video service about which you may not have heard before. Although the television service was not illegal from the technical point of view, the providers of the content and the other authorities may not have been excited about the existence of this service. However, the developer Nitro-xenon never bothered to announce the real reason behind the shutdown of this service. It is quite clear that pressure mounted on them from the authorities and compelled the developers to close down the service suddenly. Those who installed this app started viewing the notifications asking them to uninstall the app. The locations and the IP addresses of those users were tracked even.

The interface of Terrarium TV is elegant and intuitive and the organization of the main menu allows you to view everything easily. If you want to filter the popular shows, you can do it readily by the features of the app and the genre. As soon as you find your choices, you will be sent to all seasons and select the season you want along with the episode you are keen to watch and a series of options pop up on the screen. The versions available include 360, 720 and 1080p. After choosing the quality, you can go ahead with the choice of the subtitles. Currently, the options of subtitles include SubHD, Makedie, Open Subtitles, and Zimuku. If you are keen, you can enable the parallel load mode to allow the television service to multitask and the source list much faster using these parallel connections.

You will not find this app in Google PlayStore and even if you get, they might not be of any use; so, try to download them at your risk. As the official website is no longer available, you can download it from the third-party apps. Just go to the Settings of your mobile device to Security and then the Unknown Source to download the app.

Safety concerns of this television service

The question is whether to use this television service or not and the thoughts primarily surround the safety issues. For the beginners, there is no report of any code that is malicious or the incidents of hacking that exists in the app of the Terrarium TV. However, the red flags exist in the process of downloading. The first thing that can create trouble is the unavailability of this app in Google PlayStore, although that does not mean that there may be something wrong with the app.

You have to change the Settings of the Android device to facilitate the download third-party apps. It is true that the apps in the PlayStore are far more secure in nature, the apps you download from the third-party websites may be equipped with some amount of risks just as downloading a virus along with the app can harm your device. Unlike several apps, Terrarium TV is officially available on Android-powered devices including tablets and phones.

Beware of the spoofs

There are multiple apps claiming to be Terrarium TV but are actually not and the amazing thing is that many of these apps may have made into the PlayStore. According to research, there are about ten sites that call themselves Terrarium TV and it may be tough for the users to understand, so you need to make sure that you are downloading the right app to watch this television service.

Under the circumstances, the best is to go for an alternate option and the right one, in this case, is Pluto TV. It is similar to Terrarium TV in a number of ways except the fact that it is entirely legal. This television service extracts contents from the internet and presents it as live television channels through an easy to use interface. Apart from this, you can also access on-demand content and although it may be limited, you can get it as frequently as you need it. When it comes to Terrarium TV services, the wealth of content that is available is the main draw that attracts the viewers and keeping this in mind, Pluto TV is a simpler version. However, it is available on different platforms and you are free to watch it without thinking whether the service will disappear or not.